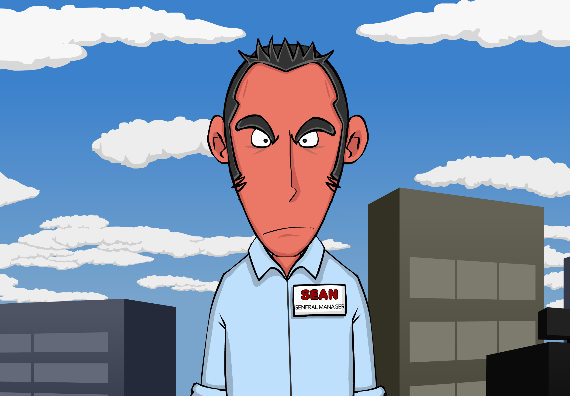 While fighting that bastard confederate, General Roman, I seemed to have falling into this underground cave and am now lost. While fumbling in the dark, I came across this strange glowing light. At first I thought it was an exit but now I see it is something else entirely. Upon a closer inspection, I saw it was a large ball of light dazzling into many different colors. As I walked closer toward it, it spoke to me. It told me many things about the past, present and the future. It called itself… the internet. It has mighty plans of taking over this world and making slaves of everyone. After telling me its strategy … it vanished. I fear this “internet” will destroy us all… I must find an exit and warn the others. Ahhh, who am I kidding, they will never believe me.